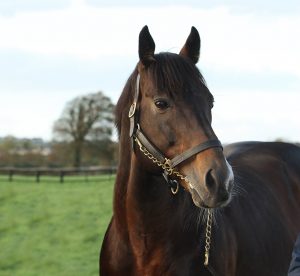 The Rathbarry-bred HEXAGON (Acclamation) stayed on well to land the seven and a half furlong Novice Stakes at Ffos Las on Tuesday.

The Roger Charlton-trained juvenile was sent off second favourite, having finished third last time out and second on his previous start. Jason Watson rode him to track the leader, pushing him to assert approaching the two furlong pole and was driven out to score by a length and a half, as the leading pair drew eight lengths clear of the field.

Owned by the Owners Group 032, Hexagon was sold by Rathbarry as a foal to Hillwood Bloodstock. He becomes the third winner out of the mare, herself a half-sister to four Stakes horses.