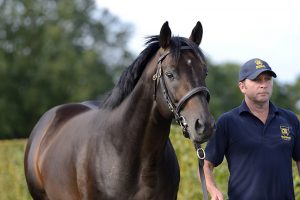 KODI BEAR made a strong start in the sales ring at Goffs UK, where his first yearlings sold for up to £90,000 at the Premier Yearling Sale.

Trainer Kevin Ryan and agent Stephen Hillen were keen on Kodi Bear’s first crop, buying a pair of colts at Goffs UK for £75,000 and £52,000 each. Blandford Bloodstock, Peter and Ross Doyle and Sackville Donald were others to sign for his first yearlings during the week.