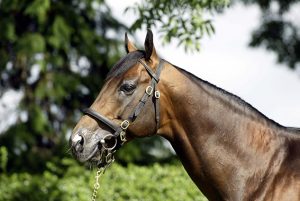 Acclamation enjoyed the best of both world on evening, as he sired a winner at both the Galway and Goodwood festivals.

DIRTY RASCAL (Acclamation) was first to strike in the seven furlong handicap and for some time looked an unlikely winner, with no clear run until entering the final furlong. Making good headway, he got up close home to win by a neck under Tom Marquand.

The Richard Hannon-trained three-year-old was gaining his third win for owners Charlie Rosier and Mrs Julia Rosier. Bred by Rosetown Bloodstock, he was a 58,000gns yearling purchase by Peter and Ross Doyle.

Later that evening, UPGRADED (Acclamation) adopted different tactics to win the two mile handicap for the in-form Tony Martin team. Ridden to make all under Robbie Colgan, the John Breslin-owned mare was four lengths clear at halfway and was ridden from two furlongs out to defend her advantage. Staying on well under pressure, she held off the favourite Eight And Bob by two lengths and three quarters.

Upgraded was bred by Maurice Regan out of an unraced half-sister to Group 1 winning stayer Invermark and Group 2 winner Craigsteel.