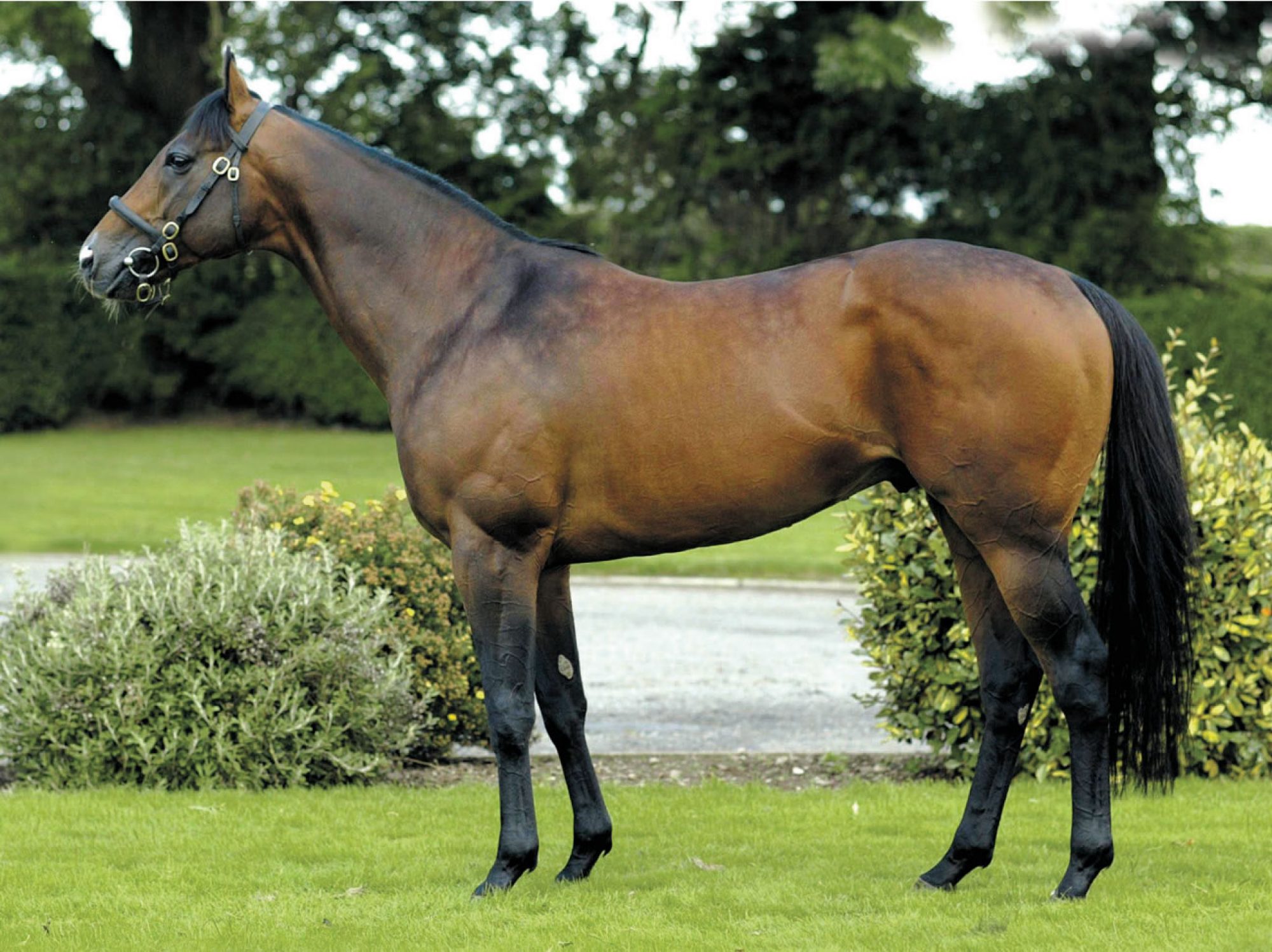 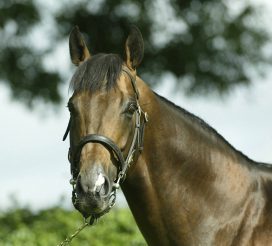 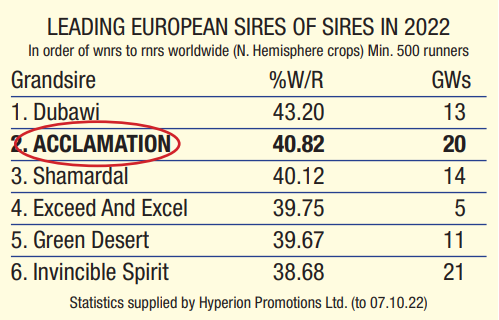 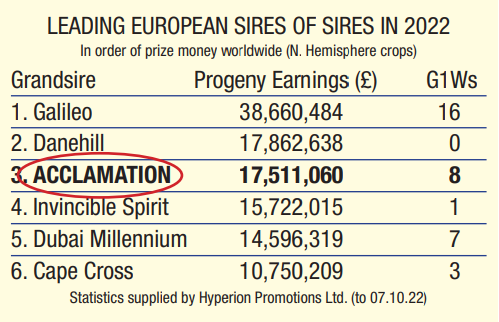 CREATING HIS OWN LEGACY 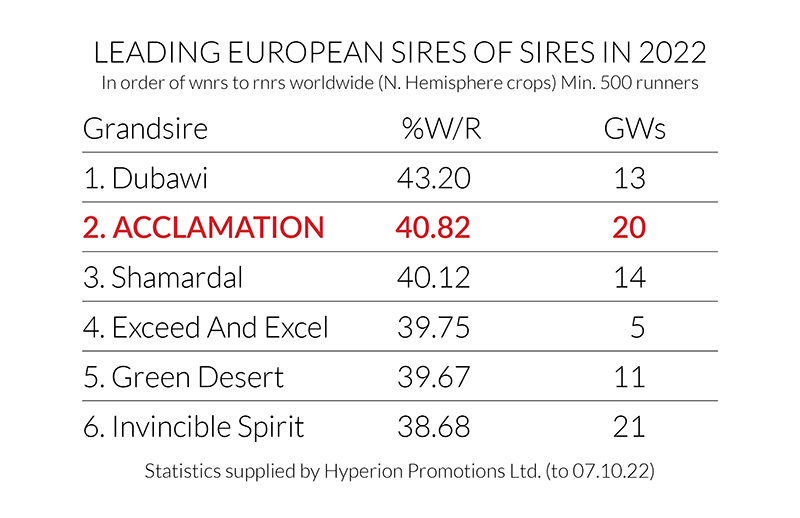 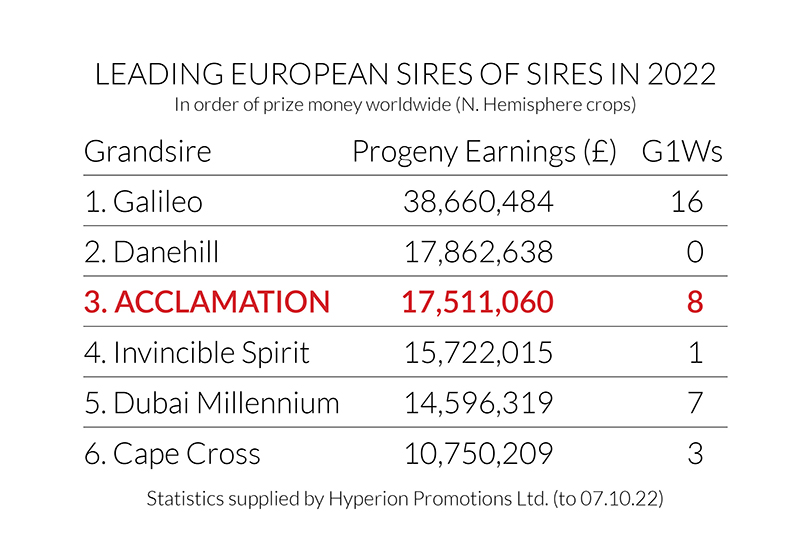 Acclamation as only the most influential stallions do, continues to make his presence felt both on the track and across the breeding world.

His progeny’s own success on the track in 2022 was headlined by Romantic Warrior, who completed a prestigious double in the Hong Kong Derby and Group 1 QEII Cup. Seven wins from eight starts saw the four-year-old earn three titles at the Hong Kong Champion Awards; Champion Middle Distance Horse, Champion Four-Year-Old and Most Improved Horse. HKJC to whom Romatic Warrior was knocked down to for the princely sum of 300,000gns as a yearling were again active in securing the progeny of Acclamation in the 2022 yearling sales signing for one of the top lots at the Goffs UK premier sale.

Acclamation continues to be a source of smart juveniles, as demonstrated this season by Listed winner Beauty Crescent and Group 2 Mill Reef Stakes second Rousing Encore.

It comes as no surprise, then, that Acclamation’s progeny continued to be in high demand at the 2022 yearling sales, where they sold for up to £200,000. His daughters also commanded high prices at the breeding stock sales, with broodmare prospect Louliana bringing €320,000 from Shadai Farm.

Acclamation’s influence as a damsire continued in 2022, as advertised by seven Stakes winners, including Broome, Jumby, Txope and Rohaan. At the time of writing, his sons are responsible for 20 Group/Grade 1 winners between them, with Aclaim becoming his latest stallion success story when daughter Cachet captured the 1,000 Guineas.

Acclamation is, as Martin Stevens so eloquently put it in the Racing Post, “a living legend of the Irish stallion ranks.” 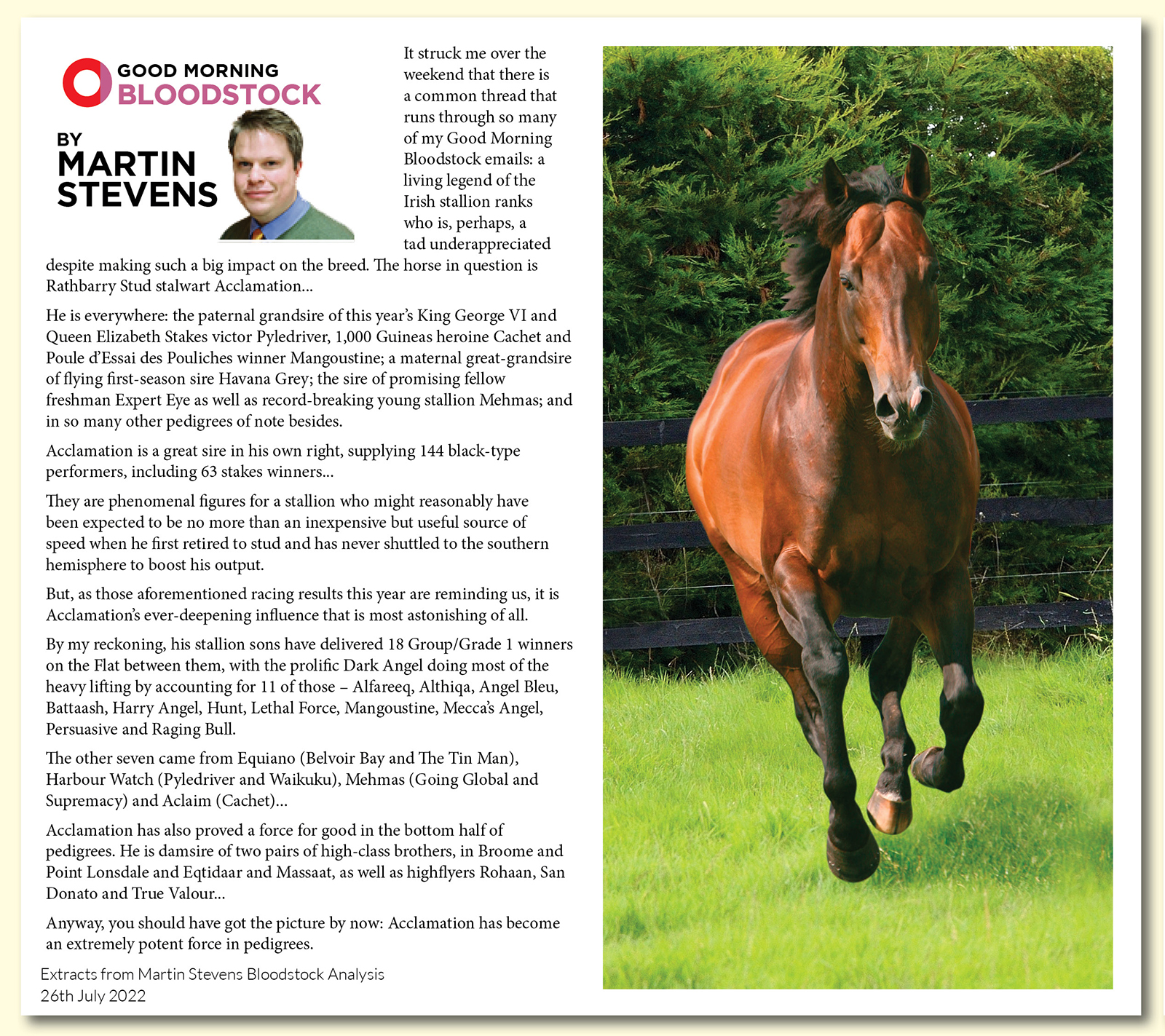