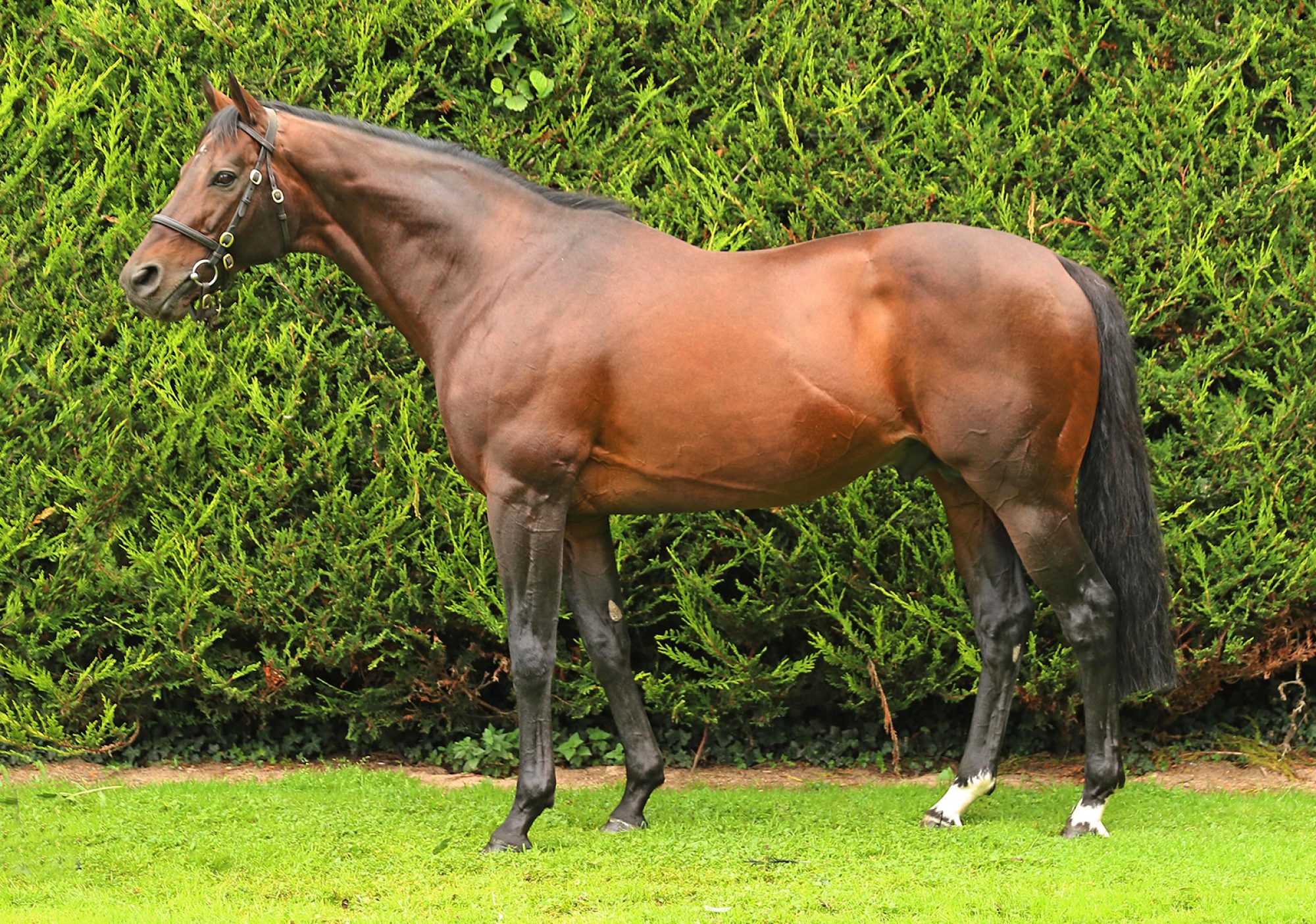 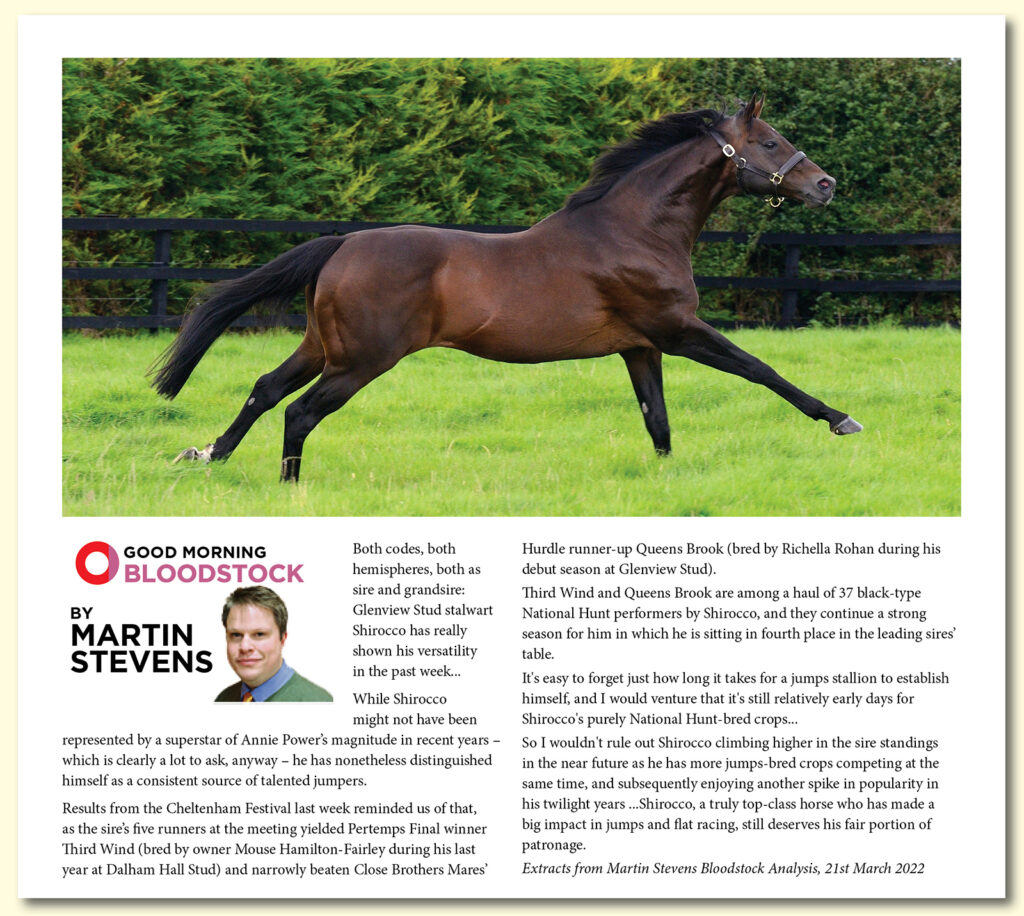 Multiple Gr.1 Sire under both codes

Shirocco was crowned leading sire of the 2021/22 Irish PTP season with an impressive 25 wins to his name. He also celebrated a career-best tally under rules by winners, black-type winners and prize money.

Shirocco has been enjoying a steady rise through the NH stallion ranks in recent years, with his first crop conceived in Ireland yielding 14 black-type performers. Eleanor Manning’s Dysart Diamond is one of those 14, and kicked off last season with a valuable victory in a Gr.B hurdle worth €80,000, before following up at Listed level at Punchestown.

Chicago Time and Off Your Rocco continued Shirocco’s fantastic start to the season by each scoring at Listed level over hurdles. The 2022/23 season has begun in similar fashion, with Troubled Times landing a Listed mares’  bumper at Gowran for Sam Curling.

Lily Du Berlais and Good Time Jonny put Shirocco’s name in lights at Leoparstown’s Dublin Racing Festival, where they notched a Gr.2 and €100,000 Gr.B win apiece. Fortescue continued the fine run for his sire in the Listed Swinley Chase, while Third Wind recorded his third Graded success in the Gr.3 Pertemps Network Final at the Cheltenham Festival.

Shirocco’s brilliant season between the flags followed through to the sales where the impressive debut 5YO PTP winners Alfie’s Princess and De Legislator realised £220,000 and €170,000 respectively, while Evan Williams went to £160,000 to secure Out of Office who won the 4YO maiden at Belharbour on his debut. In 2019, Aidan Fitzgerald sold Queens Brook for £160,000 following her win at Dromahane and she went on to be placed at Gr.1 level for Gordon Elliott. There was a sense of déjà vu surrounding Queens Vic’s 14 L win at the same track, as there was with her £175,000 sale to Elliott, Joey Logan and Andy Brown.