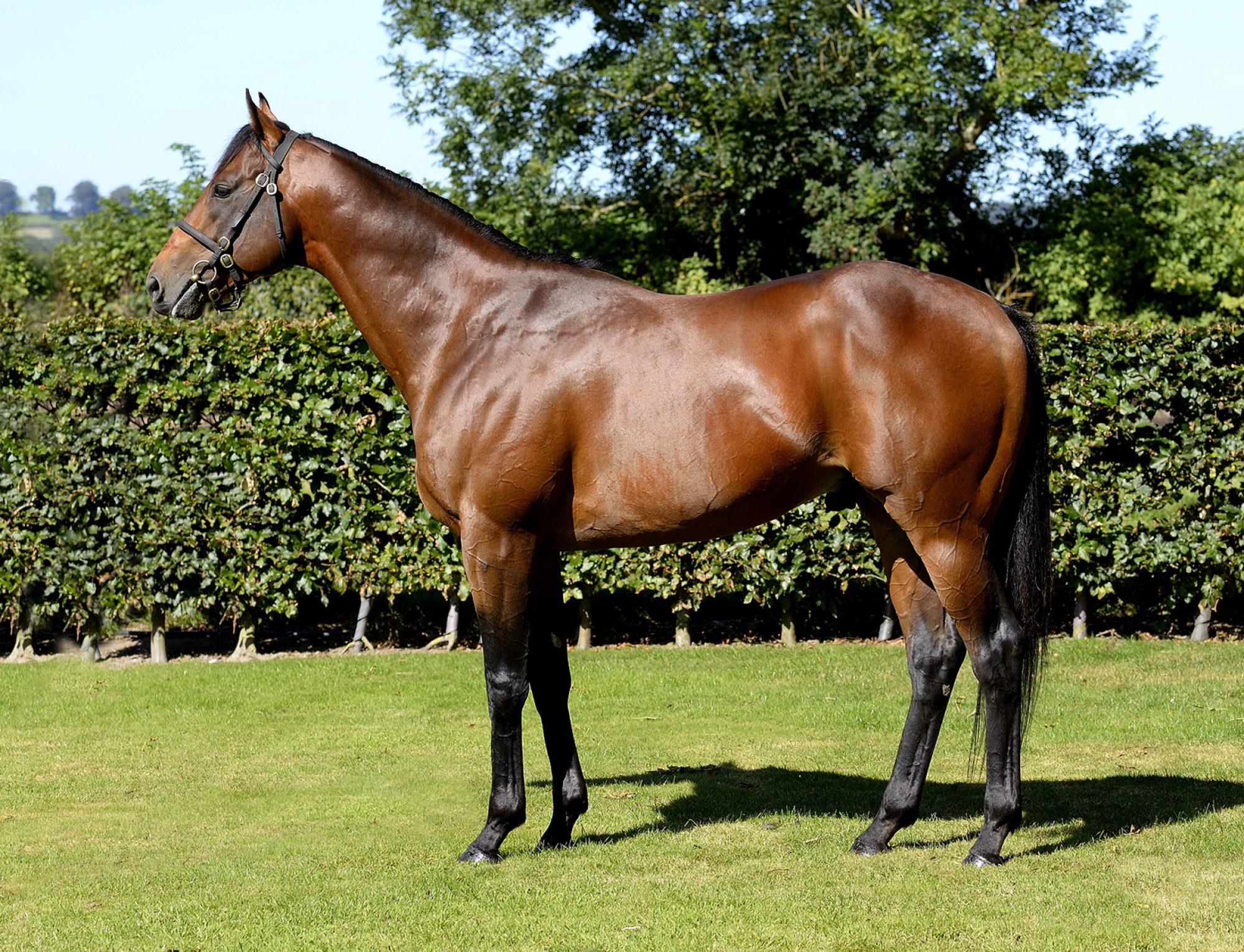 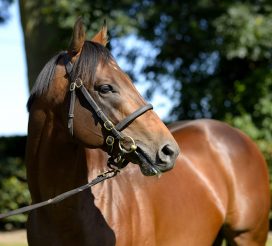 Out of a Stakes winning Royal Ascot 2-Y-O, from the immediate stallion producing family of PINATUBO, INVINCIBLE SPIRIT and KODIAC

“JAMES GARFIELD has been a lovely horse to ride. I think it is obvious to everyone his will to win. He was a very precocious 2 year old. We won the Mill Reef, came back at 3, won the Greenham, we tried in the Guineas, it was too far, we almost won the Maurice de Gheest. Lovely horse, he was blessed with a tremendous amount of speed and I am sure he will be a good addition to the stallion rank in the world” Frankie Dettori, jockey 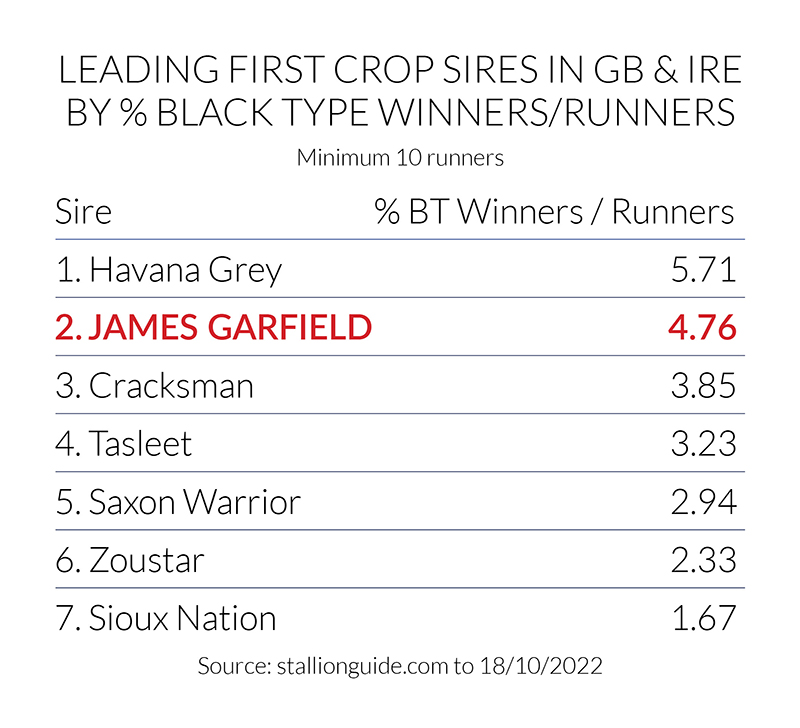 James Garfield’s first crop made a bright start in 2022 and saw him become the first freshman stallion to sire a Stakes winner when Maria Branwell took the Listed Coral National Stakes at Sandown.

David O’Meara’s charge made it two from two in the five furlong sprint, and the form was boosted when the 104-rated runner-up Crispy Cat finished third in the Group 2 Norfolk Stakes. Maria Branwell went on to finish third in the Group 2 Queen Mary Stakes, which earned her an official rating of 100.

At the time of writing, James Garfield is a joint fourth in the GB & IRE freshman sires table based on black-type horses, despite having had less runners than those above him in the standings. His promising start with his first crop of two-year-olds is made all the more exciting given that he himself improved as a three-year-old.

The well-bred son of Exceed And Excel set a juvenile track record in the Group 2 Mill Reef Stakes. On his 3-Y-O return in the Group 3 Greenham Stakes, he ended the unbeaten run of Expert Eye the subsequent winner of the Breeders’ Cup Mile. James Garfield himself was narrowly denied Group 1 glory close home in the Prix Maurice de Gheest, where five Group 1 winners chased him home.